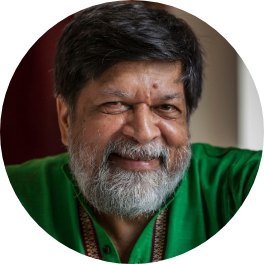 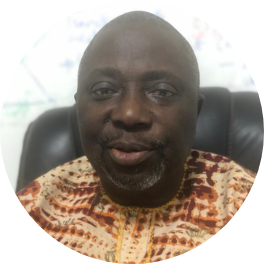 Alam is a renowned photojournalist, commentator, and the founder of the Bangladeshi multimedia organization Pathshala Media Institute and the Drik Picture Library Ltd. He also co-founded the photo agency Majority World and the Chobi Mela Festival, a pioneering photography festival in Bangladesh. His photographs of life in Bangladesh, as well as of protests and the environment, are well known in his country and around the world.

In August 2018, Alam was detained by a group of about 40 men who said they were from the detective branch of Dhaka police. Security guards at the journalist’s building said the group pushed the photographer screaming into a car. Later, the journalist said, “When I got picked up, I didn’t know if I would live or die.”

Hours before Alam was detained, he was interviewed by Al-Jazeera and posted a video on Facebook about protests by Bangladeshi students calling for safer roads after two children were killed by a bus in late July 2018. CPJ documented attacks on several journalists covering the protests, in which police used tear gas and rubber bullets.

The day after Alam was arrested, a court in Dhaka ordered that he be held for seven days pending investigation into allegations that he violated the country’s Information and Communication Technology Act by spreading propaganda against the government and spreading false information on electronic media, according to news reports. When Alam appeared in court, he was unable to walk without assistance and said he had been tortured. “I was hit [in custody],” he told journalists later. “[They] washed my bloodstained punjabi and then made me wear it again.”

CPJ publicly called for Alam’s release on the day he was taken into custody and four days later, signed a joint letter calling for the photojournalist to be freed. CPJ participated in a protest in front of the United Nations in New York, raised his case at a U.N. event on imprisoned journalists with human rights lawyer Amal Clooney, and highlighted his detention in a #FreeShahidulAlam campaign. After CPJ raised Alam’s case before the European Parliament, the body passed an urgency resolution on the human rights situation in Bangladesh and called on authorities to immediately and unconditionally release the journalist.

“Journalists speak truth to power,” Alam said in a #FreeThePress video CPJ published in April, calling on governments to release all jailed journalists in light of COVID-19. “That is why, generally, they end up in jail.” 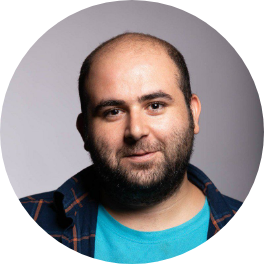 Mosaed is a freelance economic journalist who has worked as an investigative reporter for several reformist magazines and newspapers. While at Shargh Daily, he reported extensively on government corruption, embezzlement, economic sanctions, labor, and popular protests. In 2019, he was forced to resign from the newspaper, allegedly under pressure from allies of a government minister whom he had accused of corruption and embezzlement in his reporting. Mosaed now publishes investigative news about alleged corruption and labor union issues on social media platforms including Twitter and Telegram.

In August 2020, Mosaed was charged with “colluding against national security” and “spreading propaganda against the system.” Days later, a Tehran court sentenced him to four years and nine months in prison, a two-year ban on journalism activities, and a two-year ban on using all communications  devices.

Iran has been hit hard by COVID-19. Meanwhile, Iranian officials have tried to cover up crucial information, threatened journalists, and suspended all newspaper printing and distribution, citing the need to slow the pandemic as an excuse. CPJ is honoring Mosaed with an award to highlight the risks that he and other Iranian journalists face in their daily work, and to remind Iranian authorities that the world is watching.

Olorunyomi is the co-founder, CEO, and publisher of the Nigerian newspaper Premium Times, which today is one of the most trusted newspapers in Nigeria and a standard for African investigative journalism. Olorunyomi, who has dedicated his life to holding the powerful to account, is a fierce advocate for press freedom and is referred to by some as the “godfather” of online journalism in Nigeria.

The journalist and the Premium Times have been subjected to official harassment over the years. In 2017, police raided the newspaper’s offices on orders of the military and arrested him and a reporter on allegations of defaming the chief of army staff. Premium Times stood its ground, and both journalists were released. The army eventually distanced itself from the chief of staff’s actions.

Earlier in his career, Olorunyomi reported fearlessly on the dictatorship of General Sani Abacha. He helped lay the foundation for the high-quality, adversarial journalism for which Nigeria is known today. In 1993 he was co-founder and deputy editor-in-chief of The NEWS magazine as well as co-founder of Tempo magazine. The latter was published from a secret building near the police headquarters and caused such agitation in the regime that authorities arrested even those caught reading it.

Olorunyomi was twice arrested for his reporting and went into hiding in 1995 after the Abacha regime threatened his life. In 1996, CPJ and Amnesty International helped organize his escape into exile in the United States. “Somehow [CPJ] found me. They initiated contact, secured funds for my escape and arranged for legal documents so I could come to the U.S.,” he later told the American Journalism Review. The next year, he spoke at a CPJ roundtable about the detention of his wife, journalist, Ladi Olorunyomi, and the grave situation for press freedom in Nigeria. “Without [CPJ],” he has said, “I believe I would be dead or in prison.”

Olorunyomi worked as an editor at other Nigerian media outlets, including PM News, which he helped co-found; Radio Nigeria; The African Guardian magazine; and NEXT newspapers. In 2005, he founded the Lagos-based Wole Soyinka Centre for Investigative Journalism, named after Africa’s first Nobel laureate in literature and dedicated to exposing corruption and human rights abuses. He also co-founded the Premium Times Centre for Investigative Journalism, a partner organization to the newspaper, which has its own press freedom tracker. The journalism innovation and development institution aims to “promote a truly independent media landscape that advances fundamental human rights, good governance and accountability in West Africa through investigative journalism, open data and civic technology.”

Olorunyomi serves on the advisory boards of nonprofit organizations Africa Check and the International Consortium of Investigative Journalism. 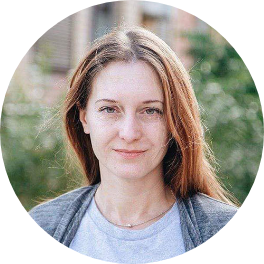 Prokopyeva is a regional correspondent for the U.S.-funded broadcaster Radio Free Europe/Radio Liberty in Russia, known as Radio Svoboda. She has contributed to many local newspapers and has also worked as a BBC correspondent.

In early 2019, armed law enforcement officers raided Prokopyeva’s apartment, seized her equipment, passport, and personal belongings, and interrogated her at a police station. Later that year, she was charged with “justifying terrorism” and her bank accounts were frozen.

The charges stemmed from a radio show Prokopyeva hosted on the local affiliate of liberal radio station Ekho Moskvy in late 2018, in which she discussed a suicide bombing the previous month by a 17-year-old inside the FSB security services building. Prokopyeva said on the air that the bomber was “a teenager who grew up under Putin's rule” and that a “ruthless state” had raised someone who saw violence as the only path. After the show was broadcast, authorities ordered Ekho Moskvy and a local website to remove the transcription of her comments and fined both media outlets.

In October 2019, Prokopyeva wrote an open letter detailing her case and asserting that the charges represented “a fist in the face of every journalist of our country.”

After a months-long postponement because of measures to slow the spread of COVID-19, her trial began in June. The prosecutor asked the court to sentence Prokopyeva to six years in prison and to bar her from journalistic activities for four years.

On July 6, Prokopyeva was convicted of “justifying terrorism” and ordered to pay 500,000 rubles (US$6,980) in fines. The court also ordered the confiscation of Prokopyeva’s mobile phone and laptop computer but ruled that Prokopyeva could continue her journalistic work. Prokopyeva said she would appeal.

In an interview with CPJ in April, the journalist said Russia had not had press freedom for a long time. “People who see this only now were sleeping and did not see that the pressure has been increasing over the last 15years—slowly, step by step.”

Please consider making a gift to CPJ.
Every dollar you give will be doubled